Lending an Ear is an Arts Council audio arts project looking at using sound in art in Worcestershire Libraries, inspired by the unique locality each library is in. It was been a really exciting project, and fascinating to see how each artist approached the task, and the different groups of library users who took part, showing the diverse nature of the library service. The resulting artwork incorporated music, drama, poetry, stories, fiction song and non-text audio. 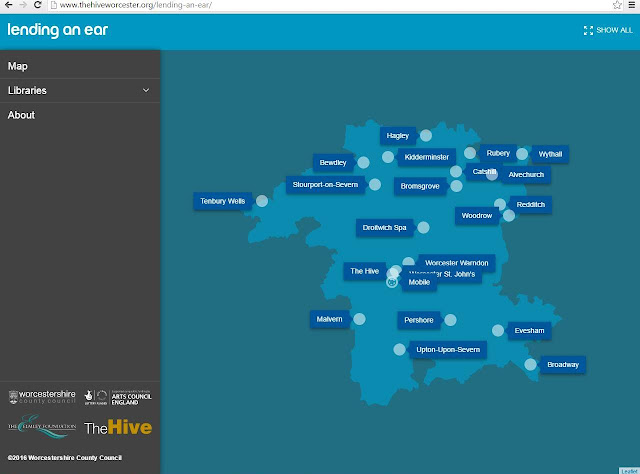 When the project was being drawn up we spoke to the project team to offer our services and resources. Within the archives we have a range of audio material which could help, and we also have a lot of expertise in interviewing people and helping people to carry out oral history interviews. 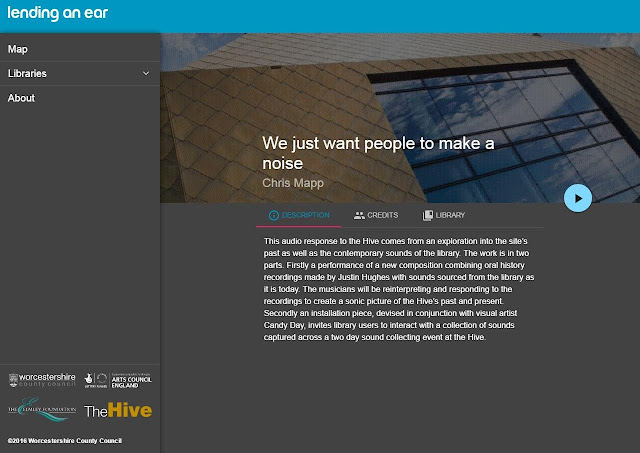 Here in The Hive we supplied interviews we created whilst The Hive was being built, which were used in the Before The Hive exhibition. You may remember the opening exhibition, and the play which was created based on the interviews we carried out with the men and women who remembered the site before The Hive, when it was a cattle market, wood yard, council depot and the site of Almshouses. Cyril Cale and others had a wealth of stories, and we were pleased that they were able to be used again. The artists then created a musical score to go with it. 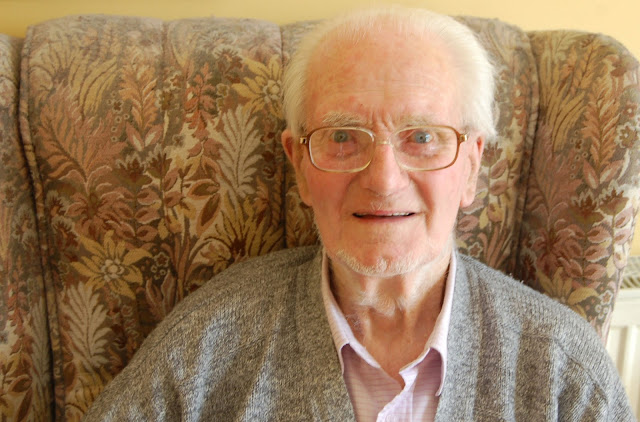 Cyril Cale, former foreman of the cattle market, whose stories were used by the composer

At Hagley, Droitwich and Stourport we helped with the interviews. Hagley’s project was based around Hagley Hall’s landscape, altered over time on the instructions of the Lyttelton family according to the changing garden fashions. We interviewed Joe Hawkins about his work on the grounds and the history of the landscape, before Cellist Corinne Frost composed a piece inspired by this.

At Droitwich the inspiration was the actual library building, formerly a cinema. Local people shared their memories of the cinema, which then inspired a song by Mark & Carolyn Evans of the band Red Shoes.

In Stourport the focus was the Tontine Hotel built in 1772 to provide lodgings and premises for the Staffordshire and Worcestershire Canal Company. Mark & Carolyn of Red Shoes again were involved in this piece too, and created this song after listening to interviews with two ladies who’d grown up next to the Tontine.

You can hear these artworks and one from other libraries by going to http://www.thehiveworcester.org/lending-an-ear/