The Mayor of Worcester, Cllr Roger Knight, and Cllr Lucy Hodgson, County Cabinet member with responsibility for Localism & Communities, visited the Archive and Archaeology Service today to look at Worcester’s City Charters. The charters, previously held at the Guildhall, were moved to The Hive for us to look after, joining the rest of the Worcester City Archives. The Charters start in 1189 when Richard I bestowed rights upon the city. Subsequent monarchs reissued Charters over the years, adding new rights for Worcester. For instance James I in his charter of 1621 allows Worcester to appoint a Mayor for the first time, with Edward Hurdman being the first take this role. 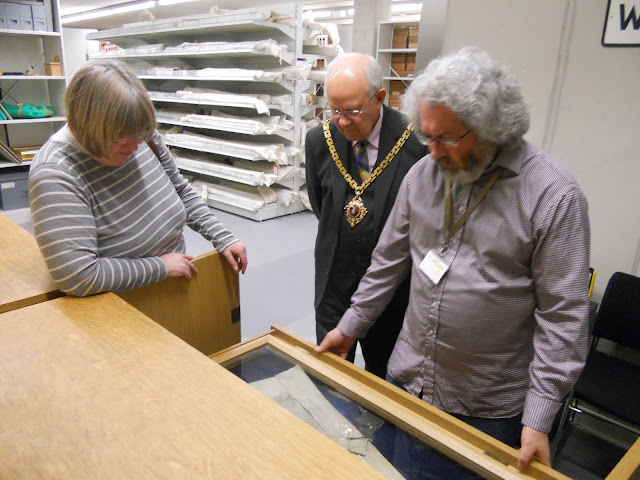 ·         The charters are kept in state of the art strongrooms in The Hive, with temperature and humidity control to help ensure that these important parts of Worcester’s history are kept for many more years. They have also been digitised to allow people to study them without handling the originals. Stored in the special cabinets which were brought from the Guidhall, the charters are now on display as part of  our Behind the Scenes tours. 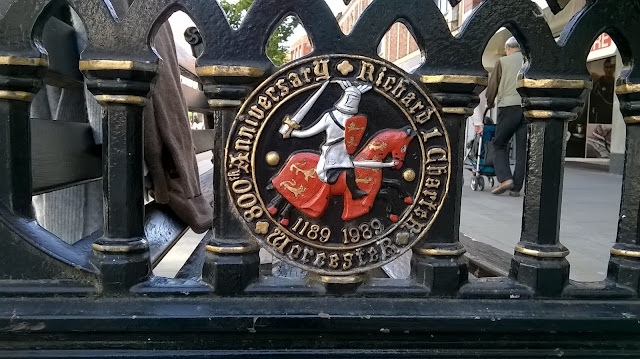 The Worcester City archives were catalogued over a four year period as part of a Heritage Lottery Fund project. They provide a fascinating insight into the city’s history over the past 700 years. You can find out more about the project here.