1642 Commission of Array for Worcester Acquired

Worcestershire Archive and Archaeology Service have acquired the Commission of Array for Worcester City, 14 September 1642. The significant piece of local history was kindly bought for the county by the Victoria & Albert Museum, Friends of the National Libraries and Worcester City Council. 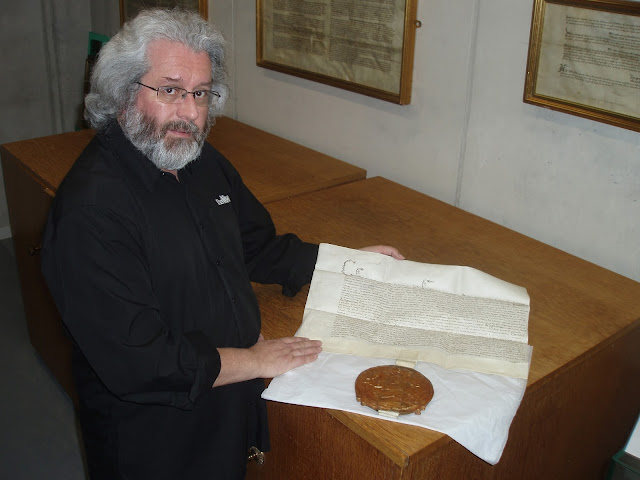 Dr Adrian Gregson with the Commission of Array

The Commission of Array is a summon to arms from Charles I in September 1642 calling men to join the King’s army, at a time when the two sides were trying to drum up support across the country. It is signed by the King, with his seal at the bottom, and lists the local commissioners.

Worcester has strong Civil War links and this document is especially significant because it was written at a crucial time when battle lines were being drawn. A few days later the first skirmish of the wars took place in the county at Powick Bridge.

The document survives because it was kept by Thomas Lyttelton, who was one of the commissioners listed, and became part of the Lyttelton Family Archive until its sale in the 1970s. It now joins the rest of the Lyttelton Archive, which was Accepted in Lieu of Inheritance Tax, and held on behalf of the nation in The Hive.

It will be held in state of the art strongrooms in The Hive for safekeeping and will be available for people to study. It will be stored along with 12 miles of the county’s archives, including other letters by Charles I, documents relating to the siege of Worcester, and Henry Townshend’s diary, describing life in Worcester during the wars.

Adrian Gregson, Archive Collections manager, said: “It is great to bring this document back into the public domain so people can see it and use it. It’s also exciting for us to hold and make available a document relating to a significant moment in the country and county’s history.”