“Christmas is coming, the goose is getting fat…” It’s not just geese which got fat, lots of animals would be fattened up ready for Christmas. Therefore in December Fat Stock Shows were held to sell animals, and also reward farmers by offering prizes for the best animals in a similar way to summer agricultural shows. In the Worcester City Corporation records for 1931 there is a request by the Show for the usual 10 guinea contribution. This was seen as especially important as due to the farming depression the previous Show had made a big loss, but it was felt important to continue to support farmers. Whether or not the Corporation paid is not recorded. 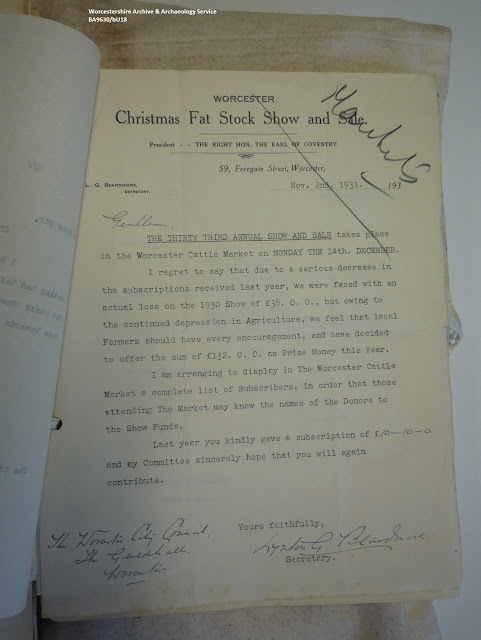 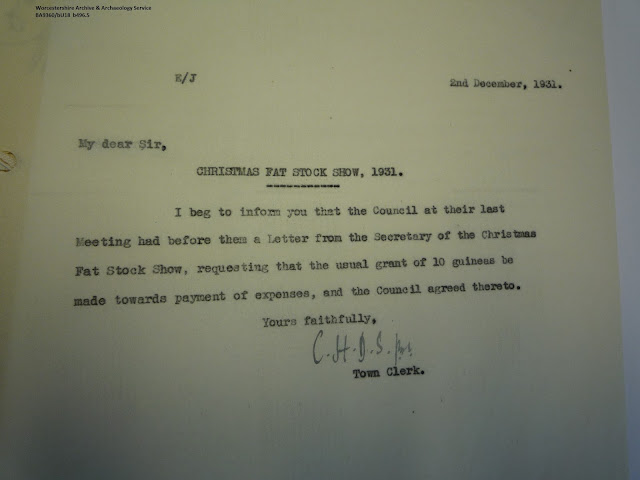 Checking out the Berrow’s Worcester Journal for December 1931 it reports on the Show and Sale, which was held just next to where The Hive is today. 54 cattle were entered for the show, 40 down from the previous year, there were 20 fewer sheep, but almost the same number of pigs. The different winners of the categories were listed. Despite it being said that the quality was high the prices people were paying for the animals were low. There are still some Christmas Fat Stock Shows and sales today, although some are now called Prime Stock. We hold the archives for Worcester City here in The Hive, and they were catalogued as part of a HLF project so can be searched through our online catalogue.