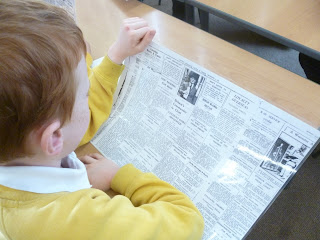 Recently we went out to Inkberrow First School to help them explore WWII in Worcestershire as part of their topic.

Within the archives we have lots of information about life locally 1939-45, as well as having details about the archaeology of the defences built here during those years. So we came out with a box of information to help them discover about Worcestershire at war, to give their topic a local focus. It also allows them to find out if the reality here was the same as what the text books tell them 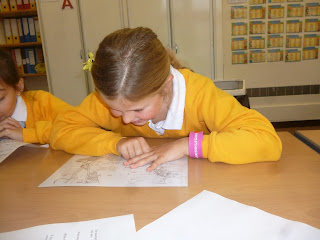 We started with extracts from oral history interviews about evacuation, comparing the different experiences of two people who were children during the war and evacuated to the countryside. The children then split into four groups and looked at a different sources before swapping round 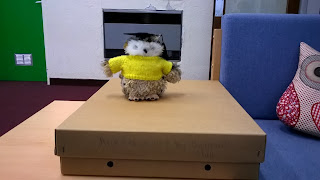 During the visit we met Inky the owl

It was a great visit, and the children were really engaged with the different sources and asked some good questions. They had been on a trip to Coventry Museum the week before so were able to compare what they’d seen there, for instance with air raid shelters and asking why the gas masks on the photos we brought were different from the ones they’d seen in Coventry.

For more information about the visit or about WWII sources please email explorethepast@worcestershire.gov.uk or ring 01905 766352. 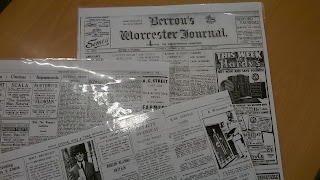