We’d like to hear what you think about our services.

Take part in the online survey here; it should take no longer than 5 minutes to complete.

‘Accounting for Croome’ has been a conservation project funded by the National Manuscripts Conservation Trust enabling essential conservation work to be carried out on a series of financial records from the archive of the Earls of Coventry, based at Croome Court.

The Household Accounts give costs and names for the apothecary, fishmonger, butterman, crops, turnpikes, distiller, charities, tithes, coach and carriage, stabling, servants, game licences, gardening, stone clearing, milking and butchering. The Allotments Rental lists rents due and paid by local tenants. The General Accounts additionally give details of all farms, tenancies and casual allowances and expenditure for the estate.

Throughout, there are names of people and places giving crucial information for family and local historians. Together they represent about 100 years of direct interaction with Lord Coventry demonstrating what was needed to run an estate and household which relied on local people.

Many years of storage in inappropriate conditions had led to damage to a number of items in the collection.  This meant that the items could not be consulted, as any handling, however careful, caused the items to crumble and suffer further damage.

A series of 55 single-section ‘pamphlets’ sewn through the spine with paper covers. All volumes had suffered from damp damage, resulting in surface dirt, discolouration, tears, creases and areas of loss. 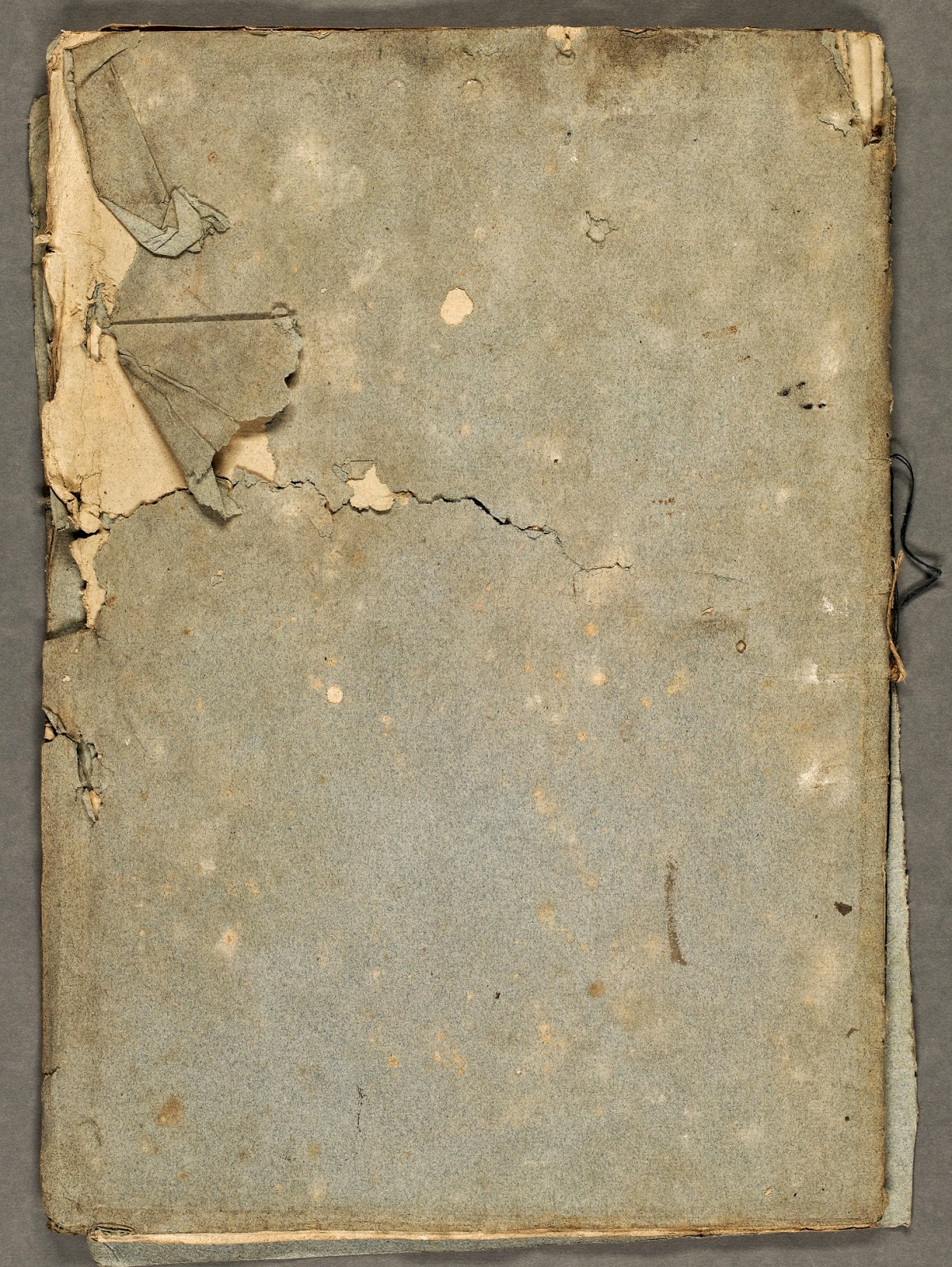 Papers were brushed with a soft brush and then washed, initially in cold water, followed by washing in hot water.    The paper was then repaired as necessary using Japanese tissue and wheat starch paste, then dried under light weights. When dry, the ‘text-blocks’ were re-assembled and sewn through the spine folds into card covers using linen thread. 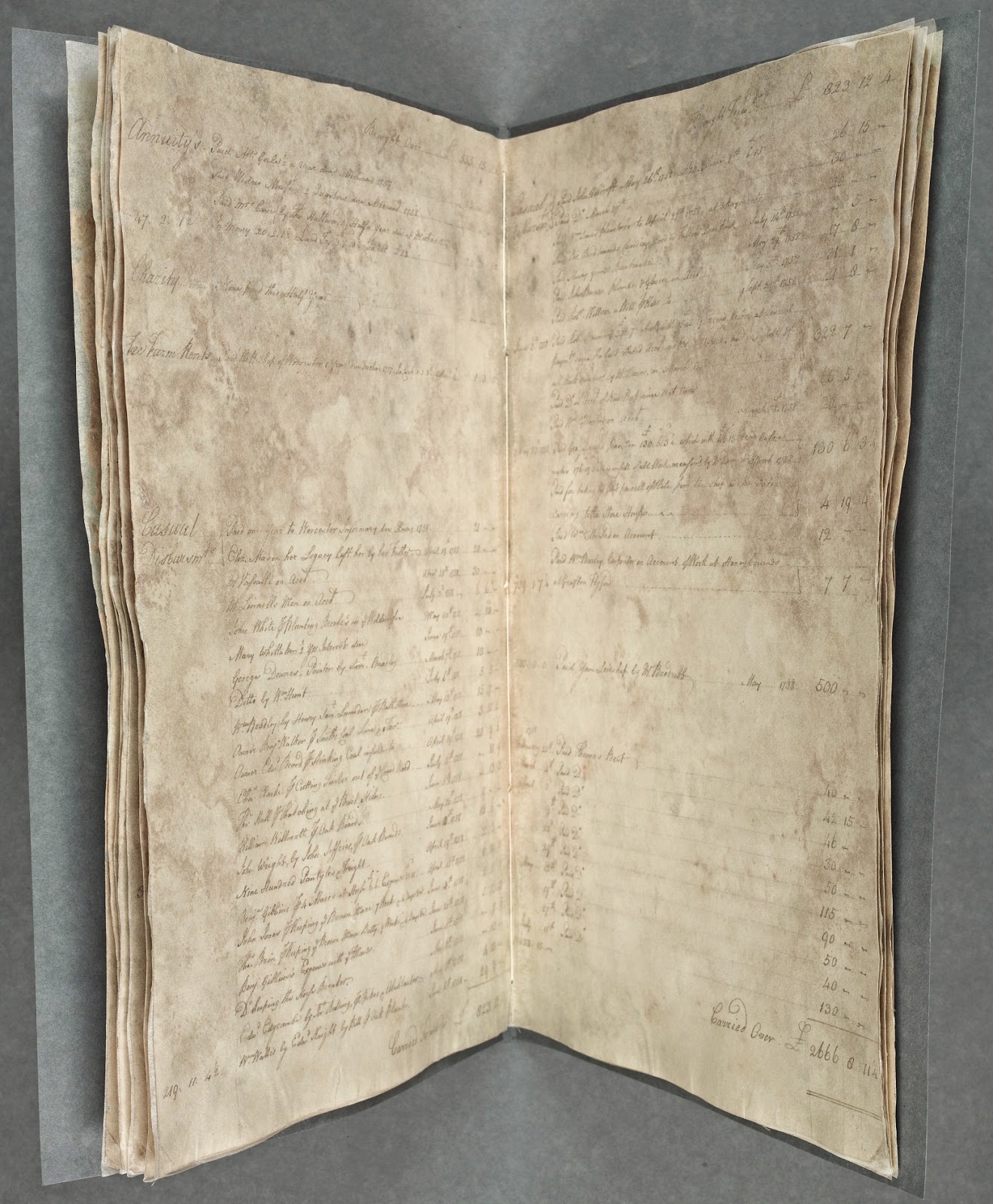 Eight volumes with leather spines and corners, with marble papers sides. All volumes had suffered from damp damage, resulting in surface dirt and discolouration.  Areas of the binding materials were lifting, with tears, creases and loss to text-blocks.

Papers were carefully cleaned with a soft brush to remove surface dirt and deposits.  Bindings were retained as much as is possible to re-use, or in situations where this was not possible due to the item being too severely damaged, repairs were made using Japanese tissue and wheat starch paste.  Where leather and/or marble papers were lost, these were replaced with materials similar in colour and appearance to the original materials. 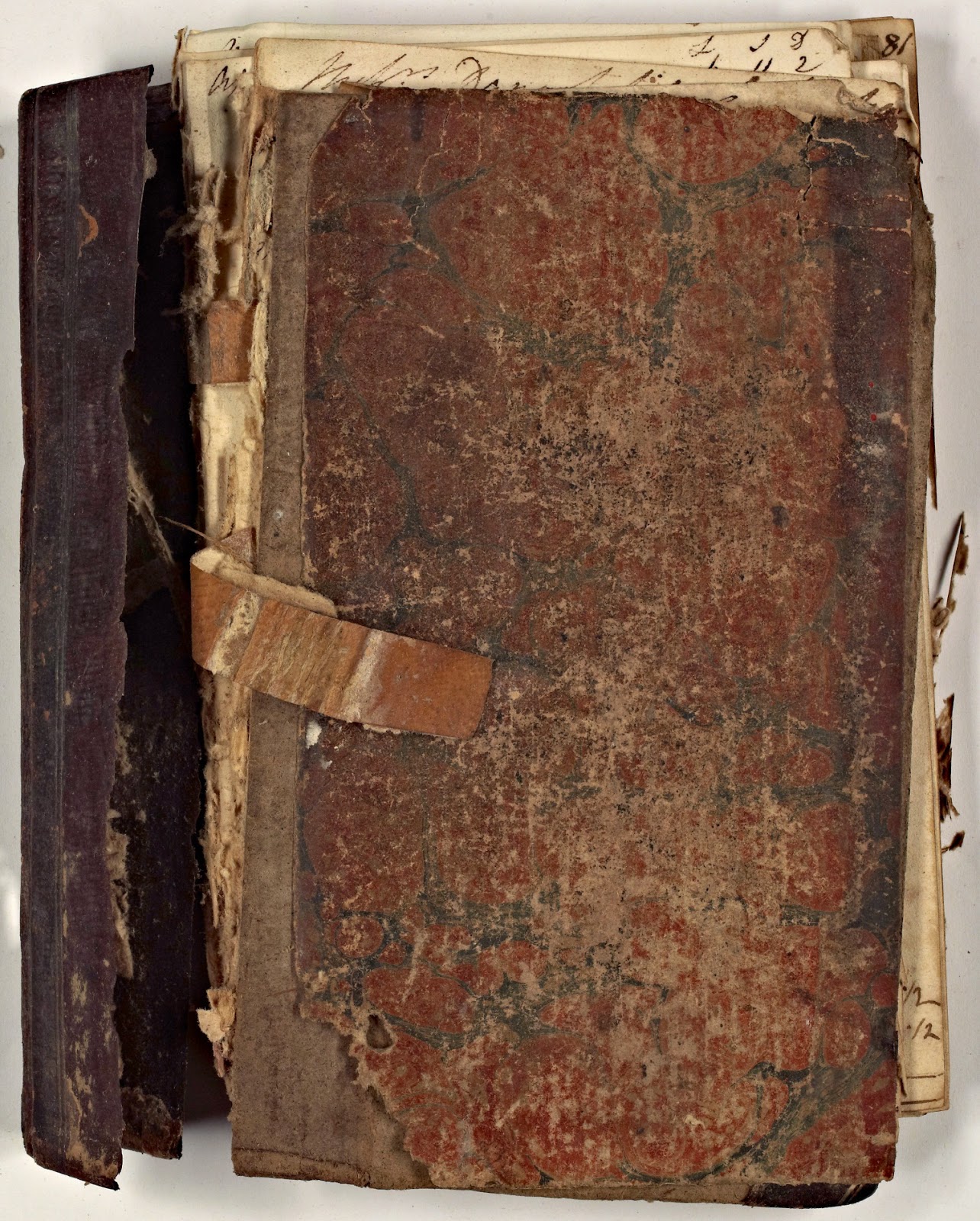 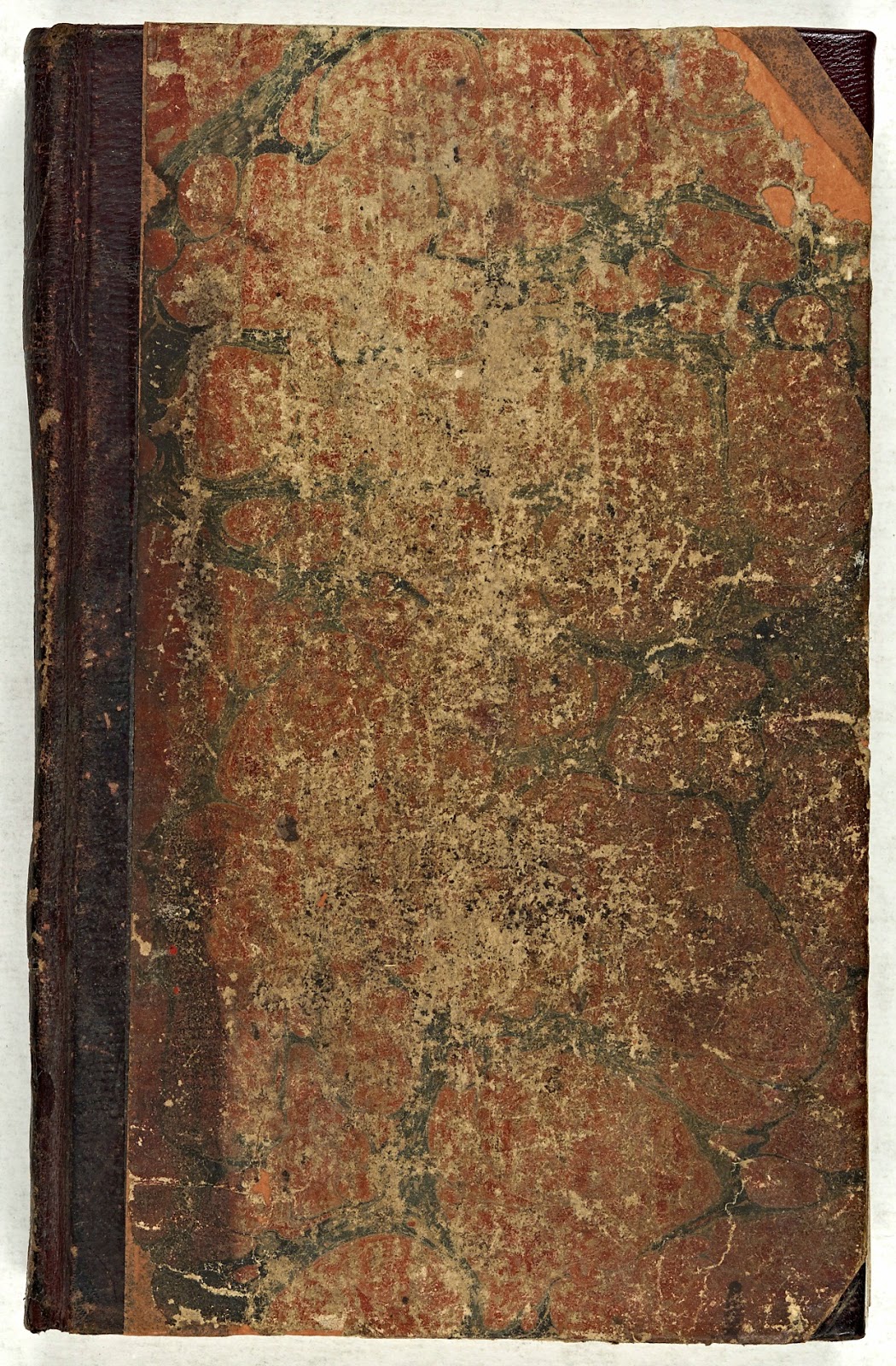 These are generally single section ‘pamphlet’ style bindings.  A number of volumes had loose single-sheet material inserted within- generally, letters from tenants and/or receipts of payment. Most had suffered damp damage, causing the paper to become soft and crumbly.  In some cases, the covering material had separated from the bindings.

Items were carefully cleaned with a soft brush to remove surface dirt and deposits.  Detached covering materials were backed onto Japanese tissue and then re-adhered to the bindings. Loose inserts were attached using hinged strips of Japanese tissue. 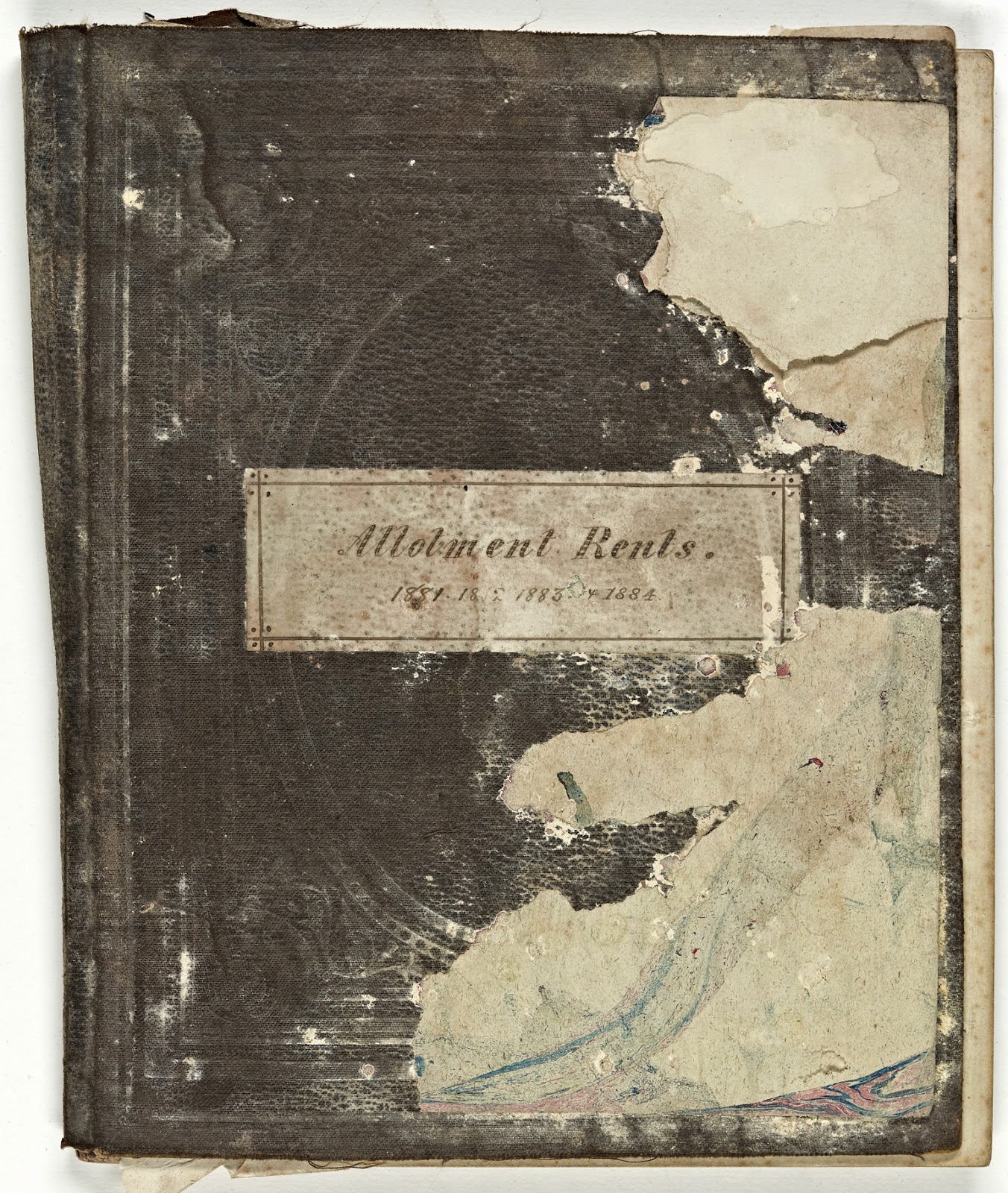 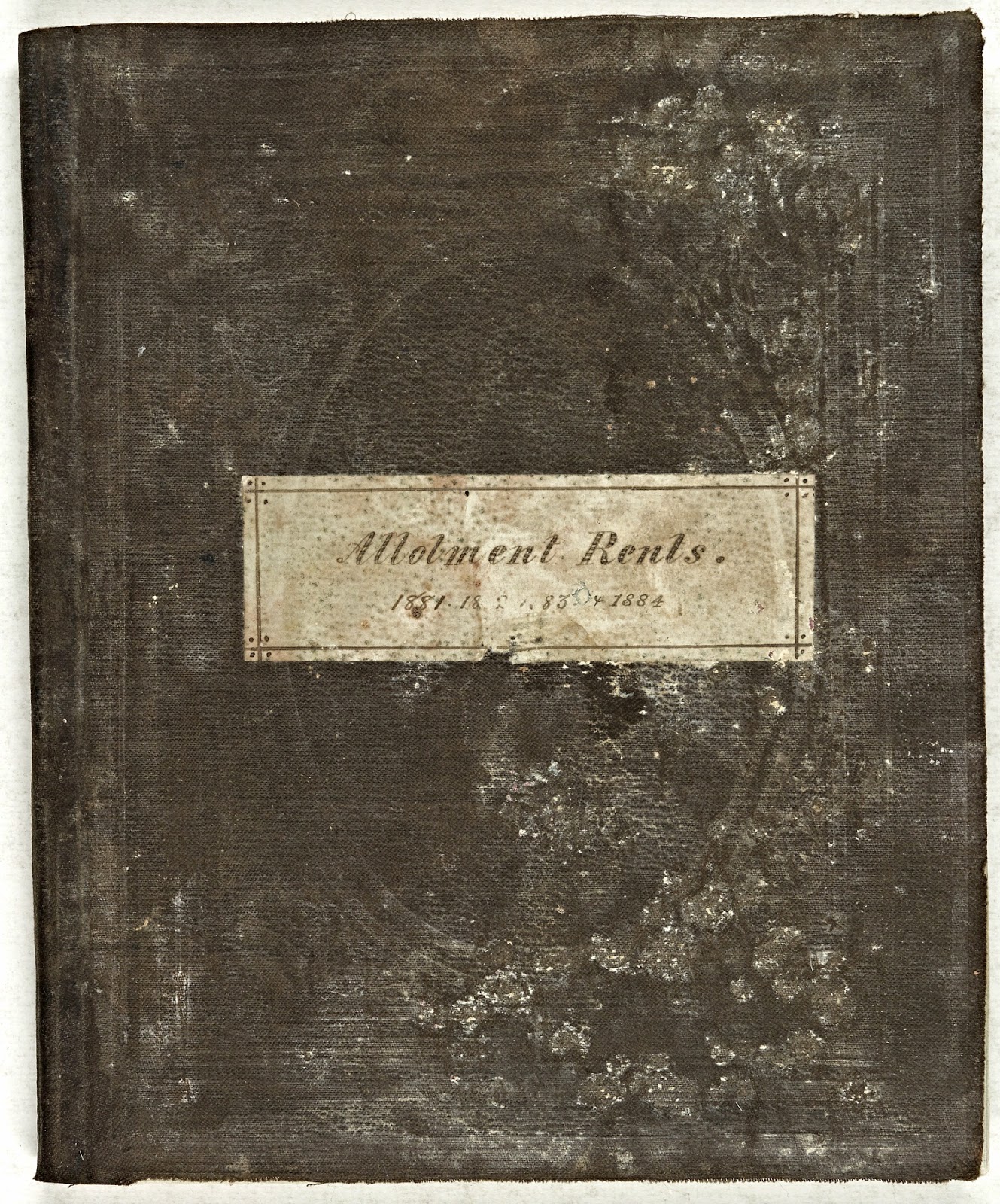 These and other volumes are on display within the Self Service Area of The Hive and now that conservation work is complete, will soon be available to researchers for the very first time.