Treasures from Worcestershire’s Past: ~14~ The Devil’s Spadeful

While checking our local history references books I came across a bound poem, written in Bewdley in 1839 by George Griffith its title ‘The Devil’s Spadeful’ rang a bell.

Between Kidderminster and Bewdley is a large area of heath and woodland called the Rifle Range, which is used by scouts, horse riders and walkers and was a place where I would play as a child. We would climb to the top of one particular hillock, which I later learned was called ‘the Devil’s Spadeful’. 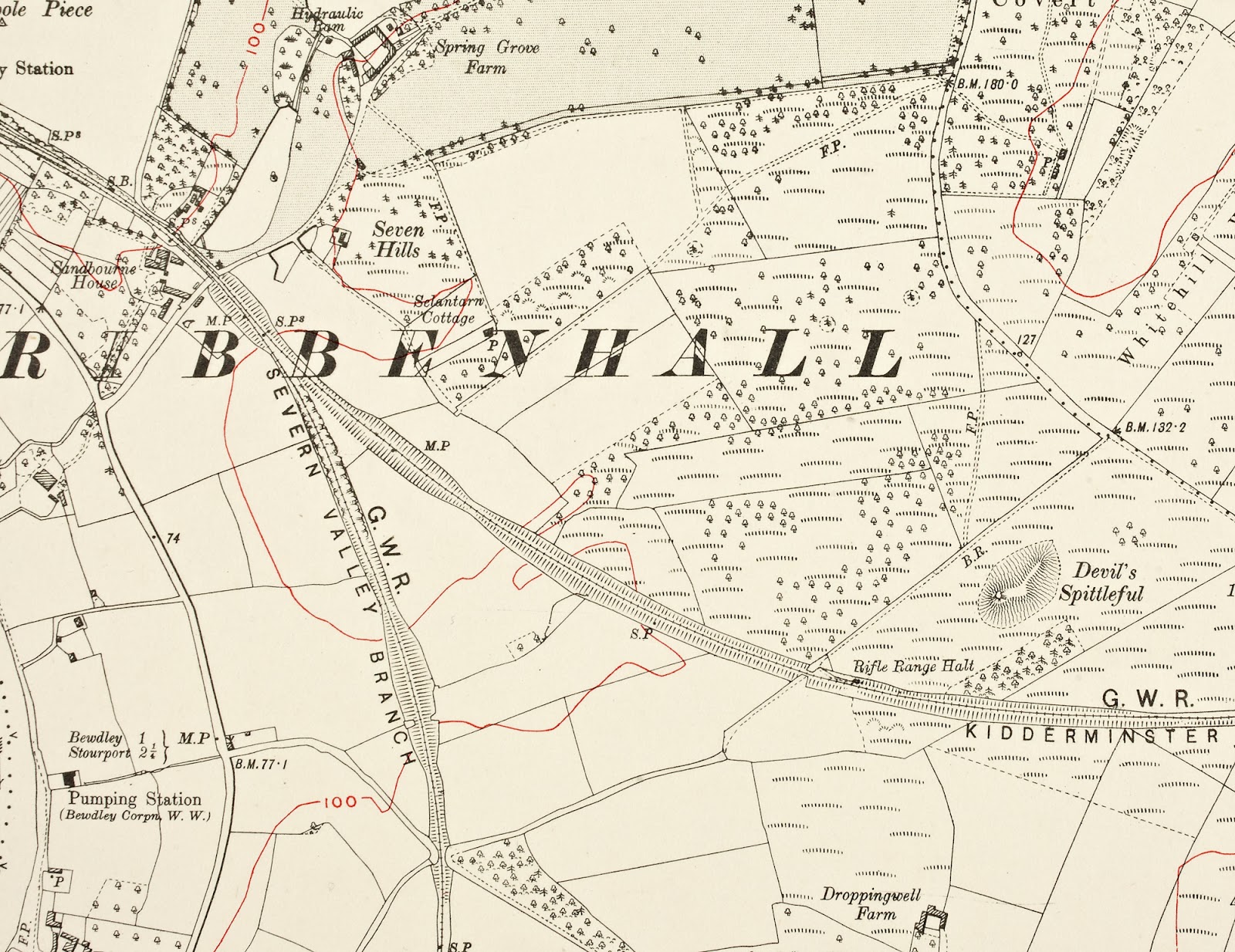 In the poem the devil is going to block the River Severn at Bewdley, but his plan is thwarted by a cunning local cobbler who plies the devil with drink. The poem contains copies of wood engravings showing Bewdley Bridge and The Mug House, a local public house which is still there today. They are mentioned along with other places in Bewdley in the poem. 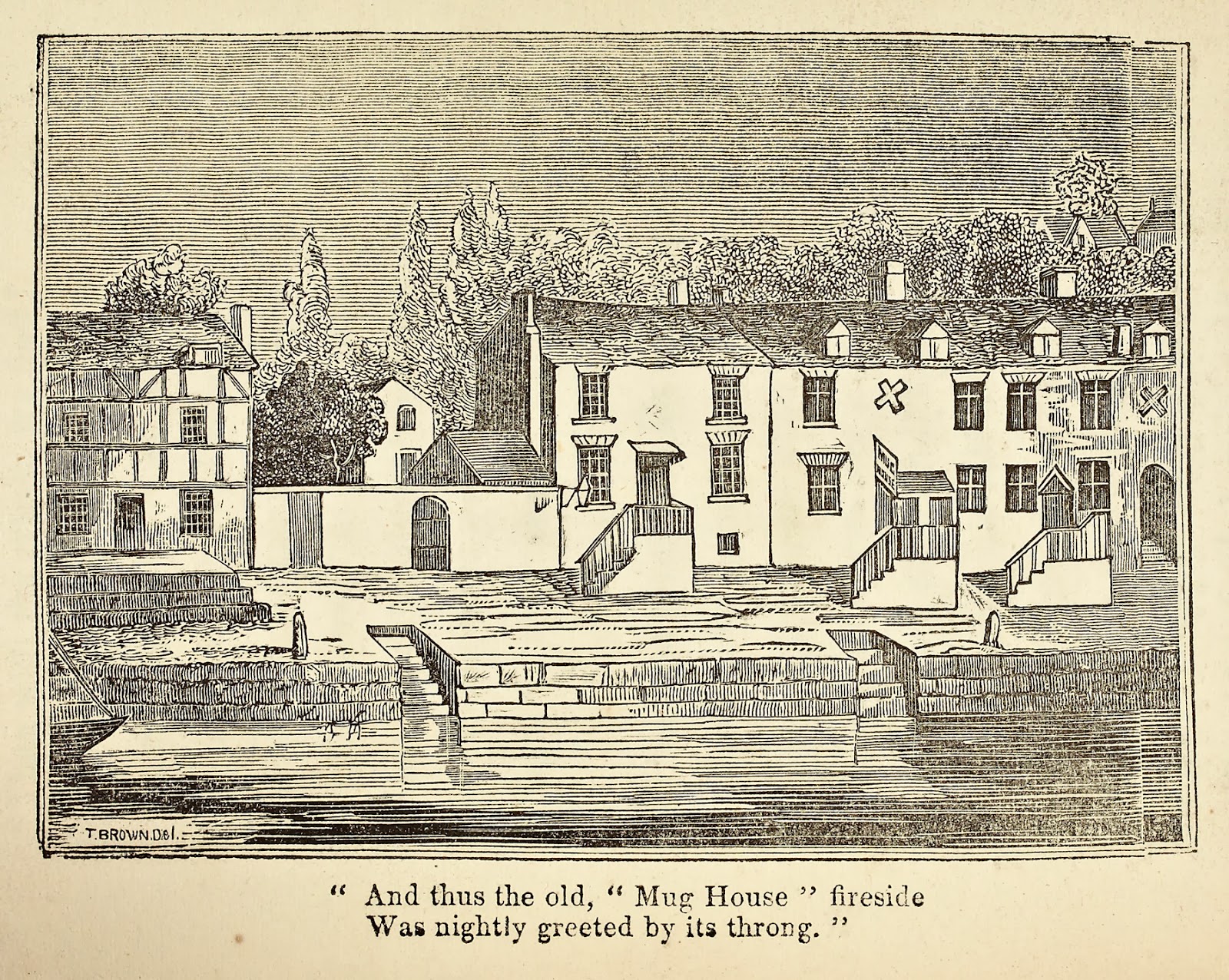 The moral written at the end of the poem states:

‘So now all ye that love brown ale,

Pray take a warning from this tale;

Don’t stop to finish up with jugs’… 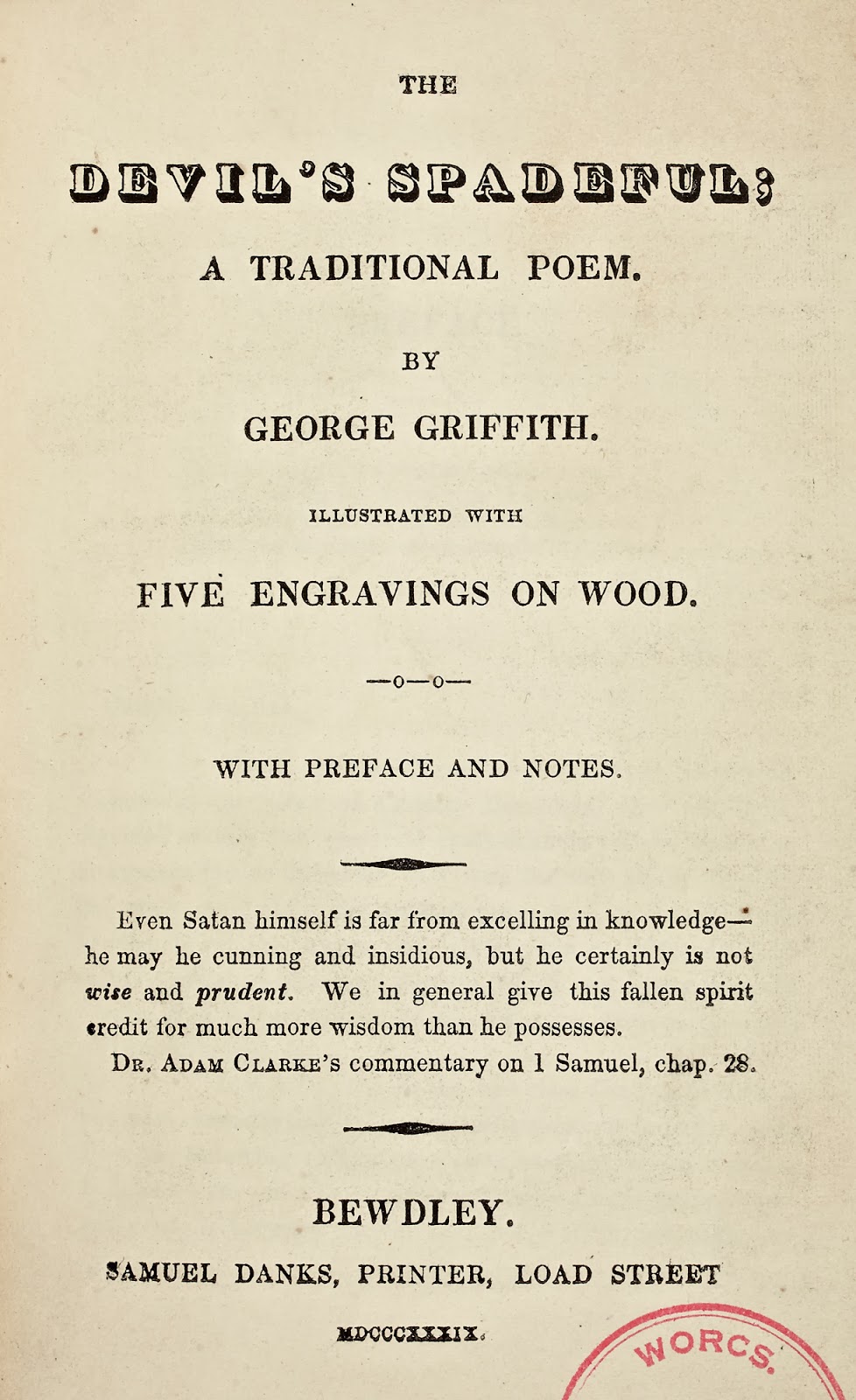 At the back of the poem is a note about the author written after his death in 1883 it states that ‘in his old age his morals were not proof against the vice of intemperance and he was for some  years in an asylum..’. He obviously didn’t heed his own advice.

This is just one of many unusual pamphlets held within the Worcestershire Archive and Archaeology Service’s reference library, which is available to view on Level 2 at The Hive.