Treasures from Worcestershire’s Past: ~12~ Love at first sight that lasted a lifetime

This week’s Treasure is brought to you by Charlene Taylor, Archivist on the User Services Team. The items described are a series of love letters that have been found within the Lyttelton collection of family and estate records. Here, Charlene tells us why she chose these documents:

Hidden away in our secure strongrooms The Hive are the family and estate archives of the Lyttelton family, which came into public ownership in 2010 as part of the Acceptance in Lieu Scheme. Thanks to the award of a National Cataloguing Grant a twelve month project entitled ‘The Lytteltons of Hagley: history makers and empire builders’ is now well underway to catalogue and make available to the public this fascinating collection, which documents the lives of a significant landowning North Worcestershire family. 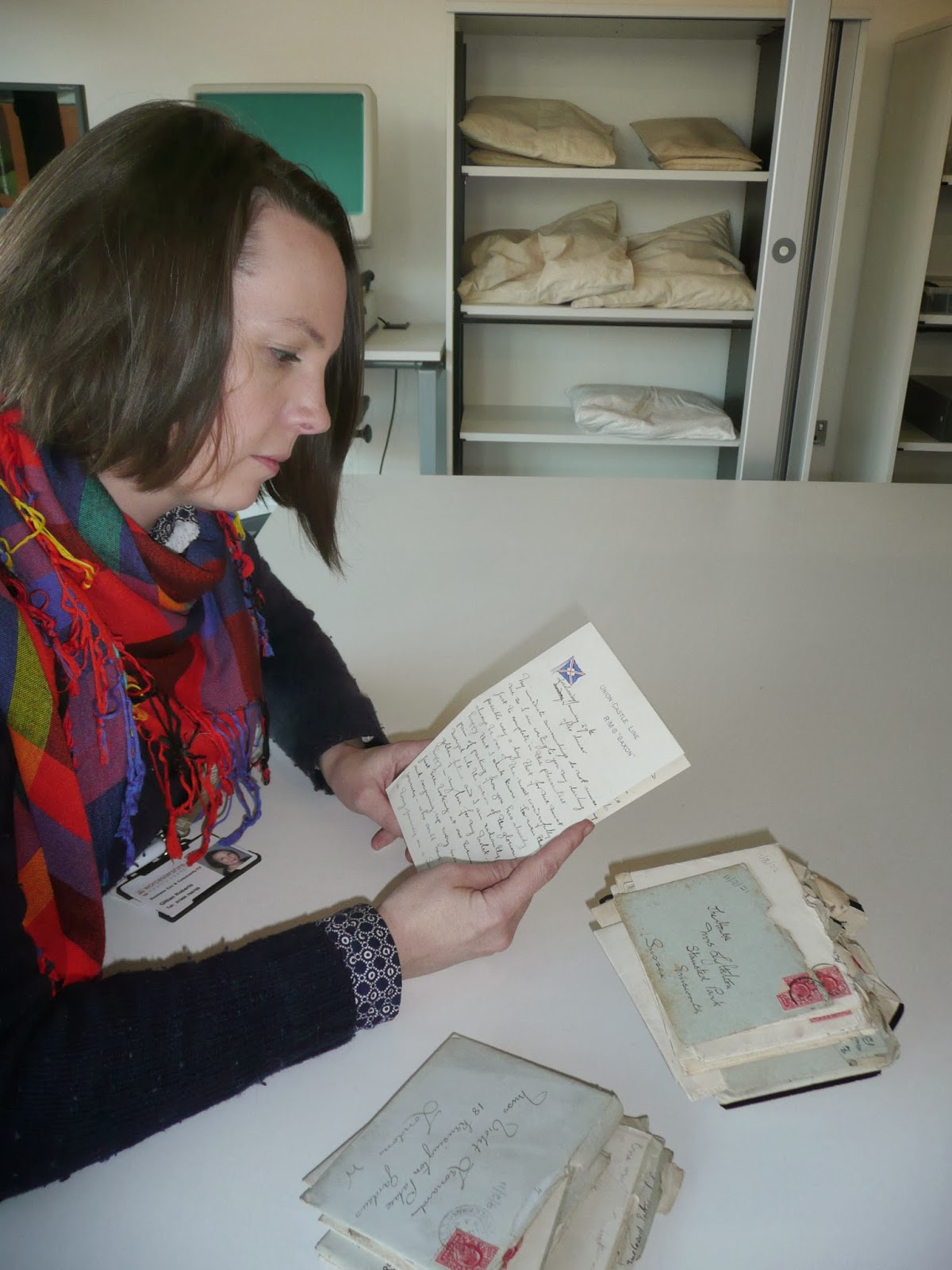 When this collection first came to the Archive Service I spent some time listing the uncatalogued boxes so that we could gain an overview of the documents contained within. Amongst the papers I uncovered a set of love letters, which I found deeply touching with their heartfelt words. Written by John Cavendish Lyttelton, who later became 9th Viscount Cobham, to Violet Leonard; the first letter dates back to 29th January 1908 and is the beginning of a series of letters that document the first flourishes of love between the young couple. The letters are sent from the R.M.S. Saxon as Jack sails away to England, whilst Violet remains behind in Capetown, South Africa.

Having met only weeks before on December 26th at the Johannesburg racecourse it is clear that the young John, who fondly signs his letters as ‘Jack’, is completely smitten with Violet and he quite openly declares his love for her:

“For sure the pain of parting from you has already merged into the vision of the glorious golden future and I am radiantly happy in my love for my Violet”.

The letters continue to convey his passion for Violet, although there is evidence some days later that doubt begins to cross Jack’s mind as to whether she feels the same way and to whether she is even thinking of him at all. Although now we are accustomed to being able to instantly communicate with loved ones no matter where they are in the world, whilst on-board the ship Jack was writing his letters to Violet knowing that she would not receive them for some weeks and without hope of receiving a reply for the same. This lack of contact with each other so soon after meeting must have introduced a feeling of insecurity between the young couple, but at the same time must have made their longing for one another even stronger.

“And I knew my Violet, I knew all the time that you were just the one and only girl in the whole wide world.” 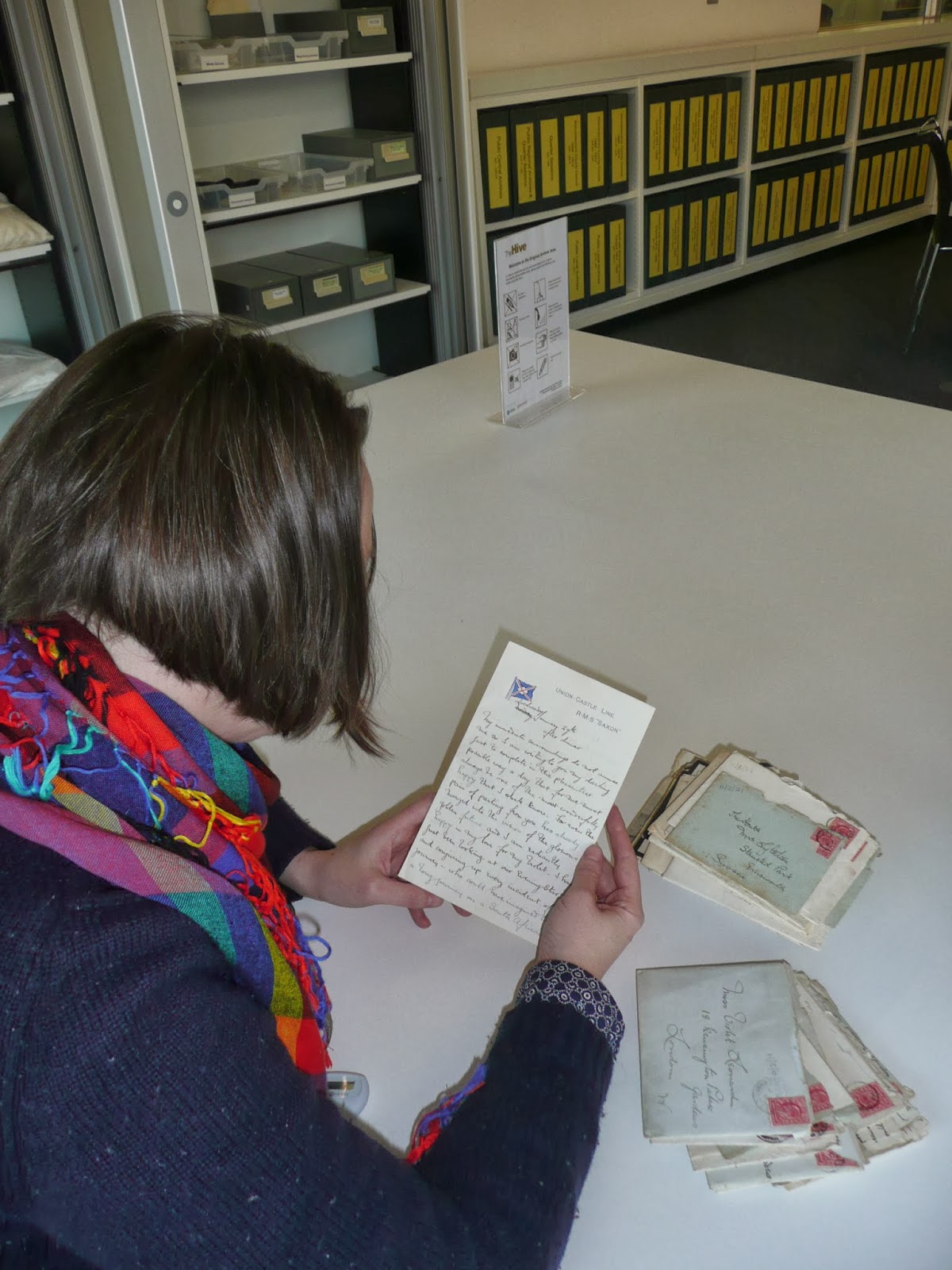 As one reads further through the letters it transpires that, although the couple have only recently met, they have actually already made a huge commitment to one another. On 5th February Jack talks of writing to his ‘future father and mother-in-law’, indicating that he has actually already proposed. He is completely swept away safe in the comforting thoughts of their future lives together and describes how he…

“…drift[s] away into speculation of the glorious future which is before us – wonderful dreams like a tireless kaleidoscope.”

Jack was quite right to dream of their future together as the happy couple went on to marry on 30th June 1908, only six months after first meeting. Although this may seem like somewhat of a whirlwind marriage by modern standards it was far more commonplace to have short engagements during this period. The speed with which the couple married did nothing to hinder the success of their partnership; they went on to have five children and spent the rest of their lives together. What is even more endearing to see when reading through the rest of the letter bundles is that the quite charming Jack never lost his sense of romance throughout the years of their marriage to one another, as later letters he sent still show the strong affection he has for his wife…

“You and only you are just all the world to me”

In this modern age I think one might risk sounding a little contrived, or even cheesy, using the language found in these letters, which is a shame as when reading through them it is impossible to not be moved by the emotion and sincerity that comes across. I also consider these documents a real ‘treasure’ as we are so much less likely to receive and retain handwritten notes such as this for future generations to look back on. Somehow a text message just doesn’t have quite the same impact!

The letters described above are available to view at Worcestershire Archive Service, although as the Lyttelton collection is currently in the process of being catalogued we require advanced notice of any visits to view the material. Please email us at archive@worcestershire.gov.uk for more information.