Walk south from the Hive towards the river, and you will come across an island surrounded by a busy one-way road system, the modern Point Severn apartments at its centre. If you were to go back in time to the late 16th and early 17th centuries, though, the scene would look very different. Houses and other buildings lined Newport Street and Dolday. The frontages were shops and residential houses, while the backyards teamed with all manner of industrial life. There were workshops, stables, malthouses, bakehouses, cornlofts, a hemp house, domestic kitchens: humble abodes and more high status houses jostling for space; cobblers, brewers, clothiers, weavers, distillers, living cheek by jowl with wealthier cloth merchants.

We know this from the hoard of documents and drawings which exist in our archives at the Hive. Nevertheless, our ‘Treasures from the Past’ for today, grains of paradise and black pepper, add some important detail to the scene described above. They are two closely linked items of exotic food remains recovered from cess pits excavated on the site in 2005. They both look fairly similar (one could be mistaken for the other if in poor condition) but they also both provide a link from the busy life in the backyards of Newport Street, down the River Severn, through Bristol and out into larger world.

Cess pits (or privies), despite their unpleasant connotations of the more unsavoury side of life can be an archaeologist’s gold mine. All sorts of waste can end up here: food waste from faecal remains, kitchen waste, broken crockery, pests and parasites. Two cess pits (one stone-lined) looked promising on site, but they more than produced the goods in this case. 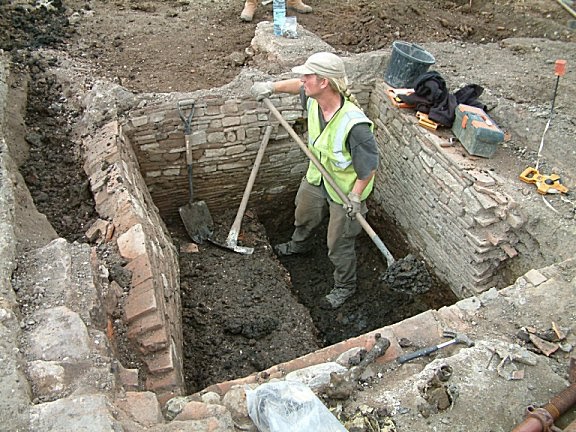 Typical of cess pits was the abundance of fruit seeds, pips and stones, the occasional herb seeds used for flavouring, all mixed in with an abundance of crushed eggshell. Several of the fruits were rarer finds, but the grains of paradise and black pepper take us into another world. 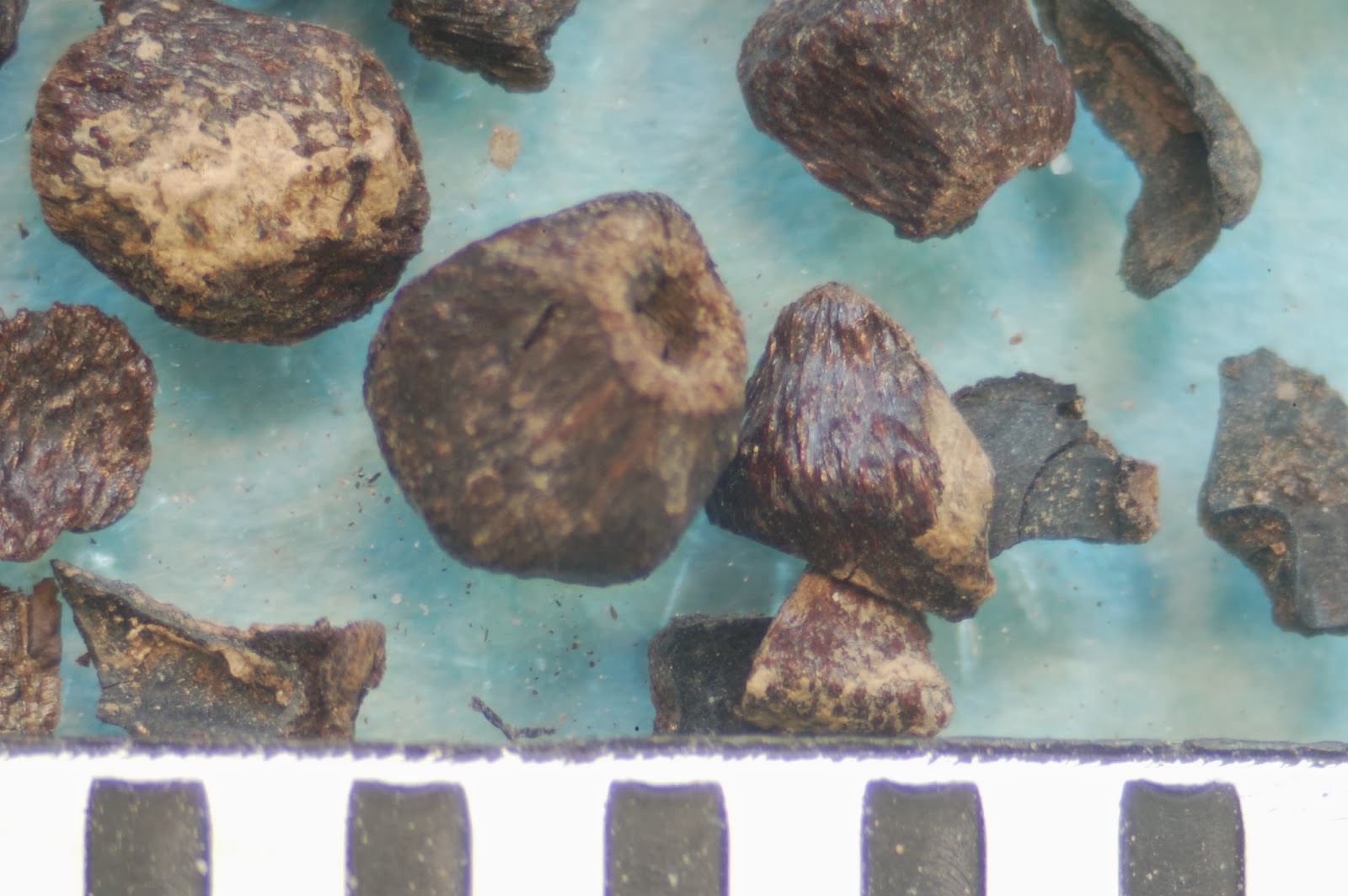 Both are rare and are evidence of the long-distance trade in exotic spices that became increasingly common from the late medieval period onwards. Grains of paradise have been found in Worcester, from a barrel latrine excavated at Sidbury in the 1970s and I have also found them from a site at Mary-le-Port in Bristol. It is from here that they were most likely to have been brought to Worcester on the many trows (cargo boats) which brought goods up the River Severn. Grains of paradise were imported from West Africa, and as Bristol was one of the key ports involved in the slave trade with Africa, they are likely to have come into the country through this route. The seeds, which were used as a pepper for flavouring drinks, as a black pepper substitute and as a cattle medicine, are known historically in Britain from the 13th century onwards. Grains of paradise (Aframomum granum-paradisi) are related to cardamom (Elettaria cardamomum), and ginger (Zingiber officinale), all members of the ginger family.

Black peppercorns (Piper nigrum) are slightly more common than grains of paradise as archaeological finds, but are still rare. It seems likely that the two spices would have been transported together on the trows to Worcester, from Bristol. During the post-medieval period, Bristol was likely to have been importing peppercorn from India and was particularly known for its trade contacts with the East India Company.  The peppercorn found at Newport Street is likely to have been imported via this route.

Both the peppercorn and grains of paradise were probably offloaded onto the quayside which stood at the bottom of Newport Street and by the former main bridge at Worcester over the river. The inhabitants of Newport Street and Dolday, therefore, had easy access to a wealth of goods close by, but the Newport Street residents are more likely to have bought the exotic spices. Research by historian Pat Hughes shows that although poor and rich lived very close by, the wealthier house owners were generally on Newport Street and the poorer households on Dolday. The grains of paradise were found in a cess pit behind number 26 to 28 Newport Street. It is possible that these deposits built up while the Parker family lived here. When Parker the weaver lived here in the mid-16th century they were clearly a family of some wealth, although whether this wealth remained into the later 16th to early 17th century (the period to which these remains date) is unclear. These two items, though, hint at our connections to far flung places via the River Severn and the port at Bristol. The vision of stores of grain of paradise in the holds of boats carrying slaves may be an uncomfortable one, but a reality of the times.