‘Below Stairs’ – the documented lives of people working at Northwick Park

Our latest display in the exhibition cabinets on level two at The Hive looks at the lives of the people working ‘below stairs’ at Northwick Park, nr Blockley.

Northwick Park near Blockley was home to Lord Northwick, his family and his household. The original house was built in the early 17th Century for William Childe. In 1681 the estate was purchased by Sir James Rushout who set about remodelling the house. Rushout was created 1st Baron Northwick in 1797. The 3rd Lord Northwick, who had inherited the title in 1859, had no surviving children and the peerage became extinct following his death in 1887. When Northwick’s wife, Augusta, died in 1912 the estate passed to her grandson Captain George Spencer Churchill who lived there until his death in 1964.

Many of the records relating to the House and the Estate were deposited with Worcestershire Archives and Archaeology Service following the death of Capt Spencer-Churchill (BA 4221). Unusually the collection contains a number of records relating to the domestic servants employed at Northwick Park including wage books, applications for the position of butler, rules for the servants and details of the livery worn by the servants. 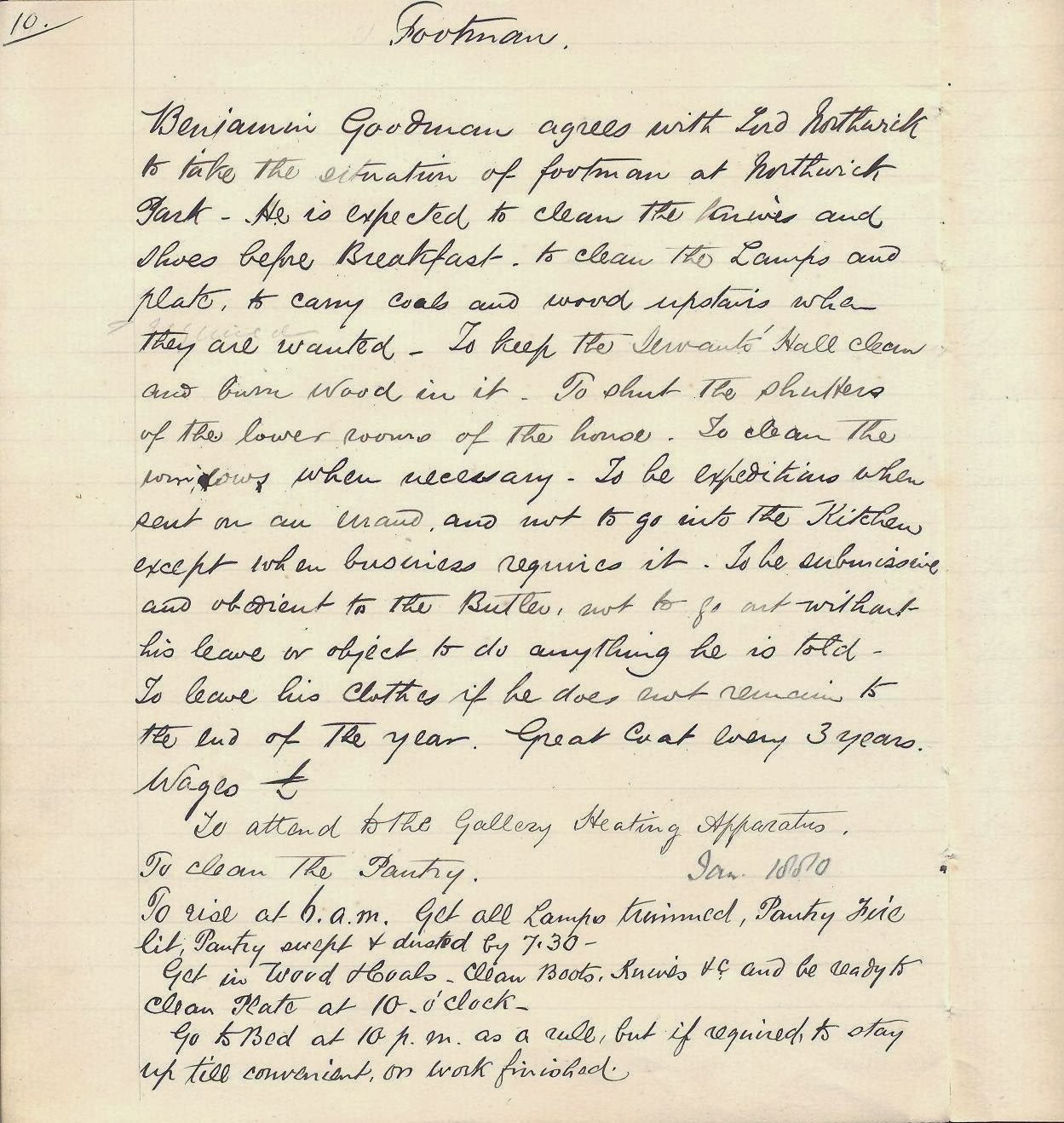 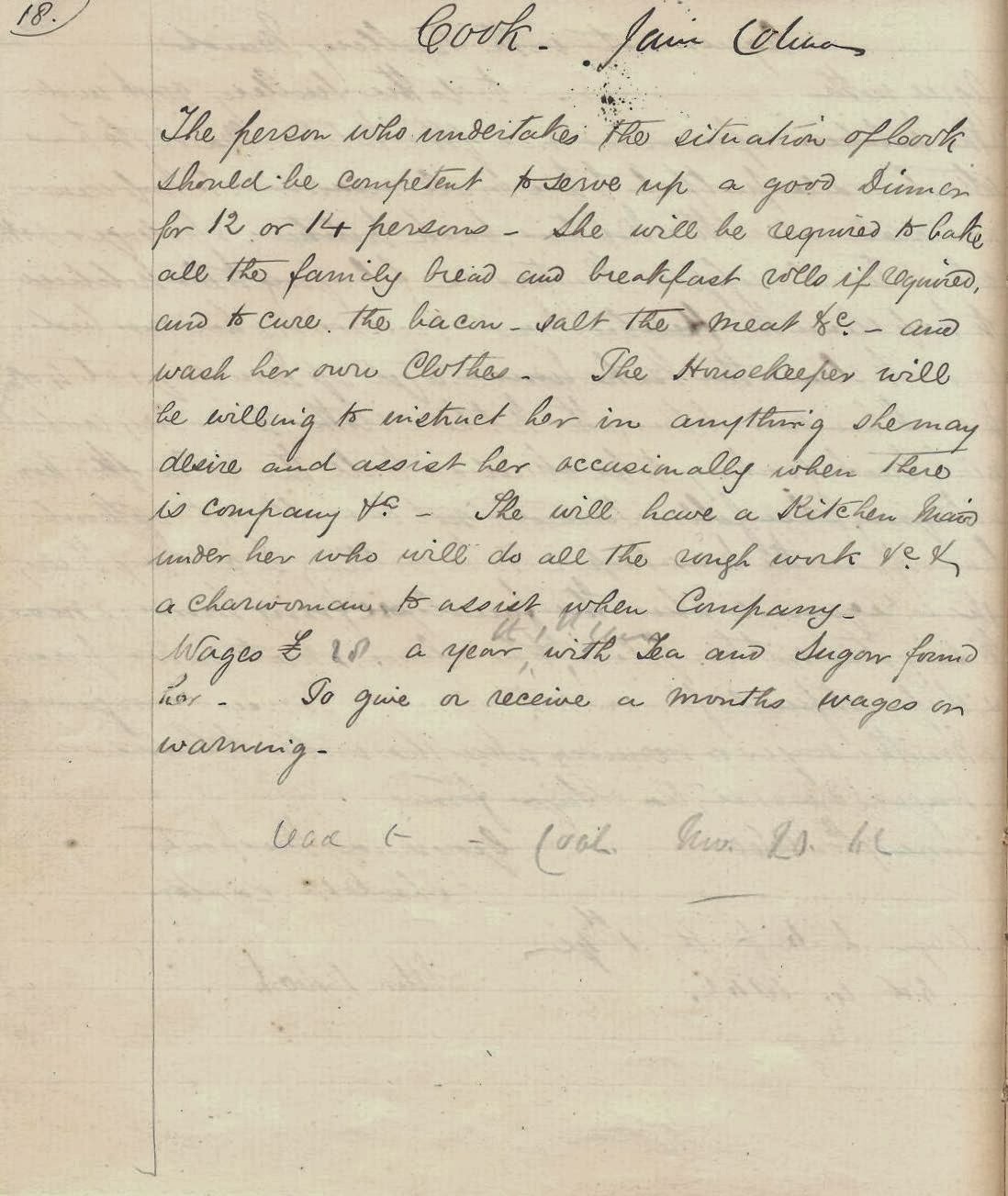 The book sets out the rules for the servants employed at Northwick Park including the housekeeper, cook, footman, laundry maid, kitchen maid, groom and even the hall boy. (Ref 705:66 BA 4221/23) 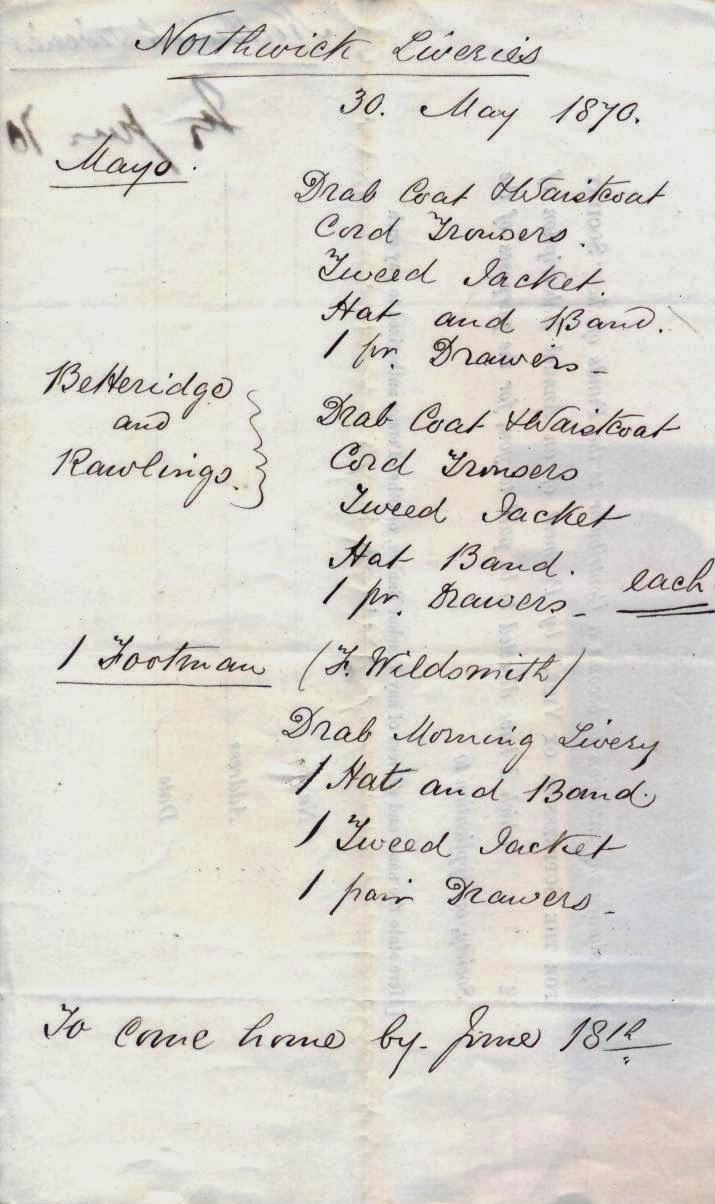 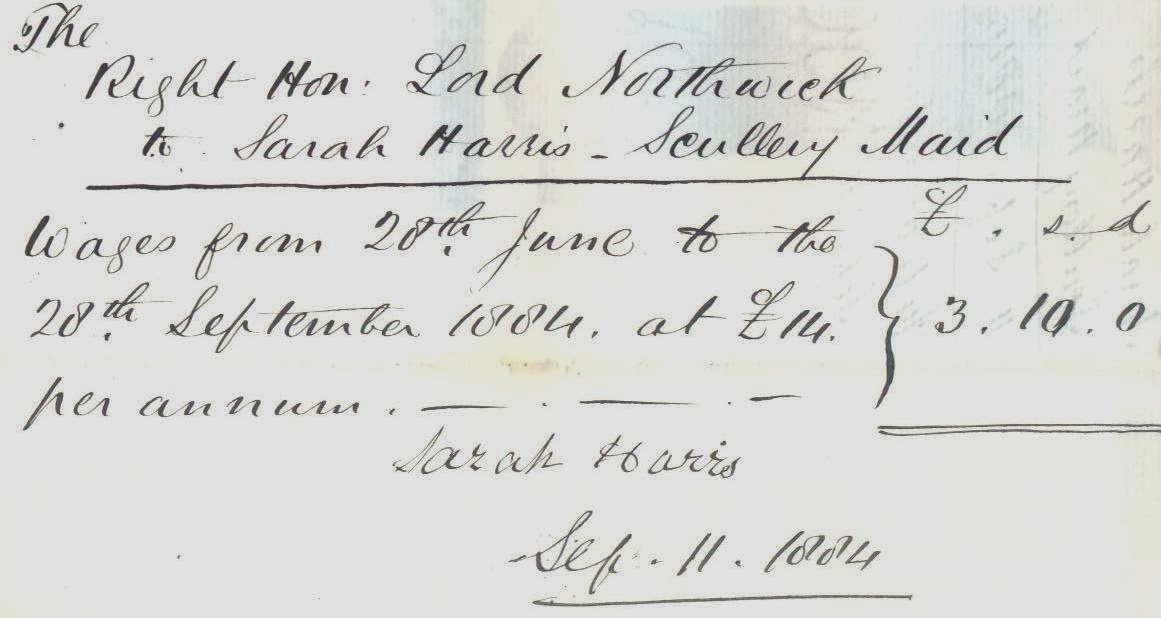 Details of the collection can be found here on the A2A website.