It is now May, and with two bank holidays and half term holidays at the end of the month it’s a time for fun. May has always been a special time with celebrations going back centuries, and these can be found reflected in the archives. 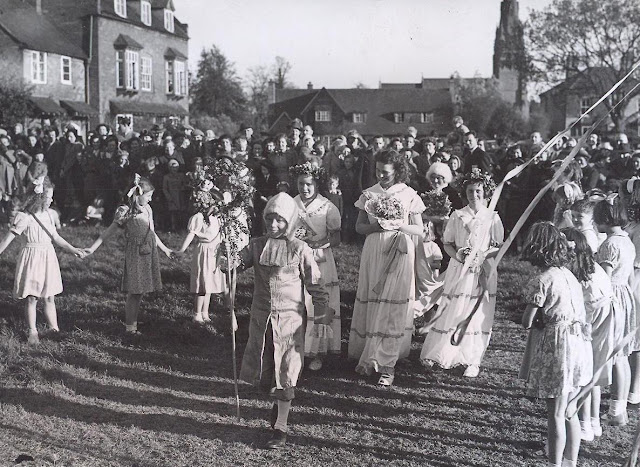 In Hallow they had the tradition of the Maypole on 1st May, and it is referred to in the school logbooks as follows:

30th April        The elder girls remained in school to make arrangements for May Day and to sing through their different songs.

1st May           School closed. The elder girls went round the village with their May Queen and arrived at the school at 3 O’clock where they were met by all the other scholars after which they all went to the cricket field where they were supplied with tea and buns and engaged in various sports.

30th April        No needlework today, the afternoon devoted to singing preparatory for May-day.

30th April        Lessons as usual in the morning. Afternoon devoted by elder girls to making their wreaths and garlands.

Maypole dancing continued in the 20th century in Hallow, and we have a number of photos in the archives of the May Queens and their processions in the 1950s and 1960s. 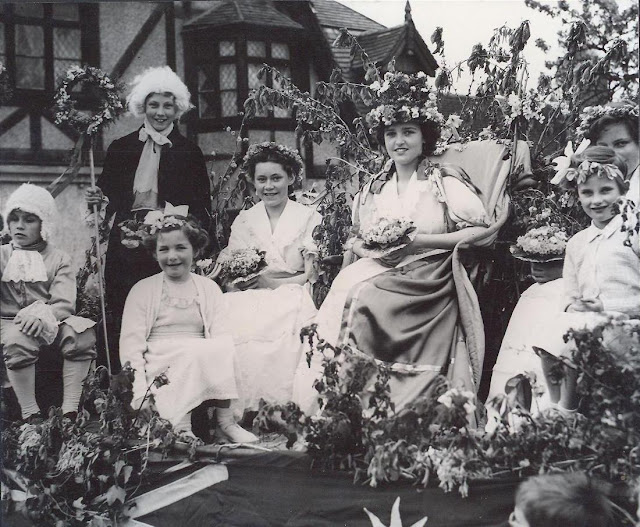 It wasn’t just May Day itself. Each village usually had their own wakes or feasts, which often fell in May & June, and these could incorporate the maypole, as well as Ascension day holidays and Church or Sunday School outings. Wakes were originally church vigils, but turned over time into fetes and fairs. Climbing a greasy pole and gurning, races, music including brass bands, food. Farmers and other employers withdrew support over time, and some churches tried to bring back Christian elements. Some were raucous, others more sedate. Club Feasts were similar, although had later origins. Villages often had clubs and friendly societies which people would subscribe to, in the days before the welfare state, and would then receive help when they were in need. Each year they’d have a walk or a feast, in which they would have a tea and refreshments for members, along with games and entertainment.

Unsurprisingly these celebrations often resulted in poor attendances at school. From reading the logbooks it sounds like children used to go to the neighbouring Feasts or Wakes in addition to their own, and teachers complained about low attendances for those periods.

At Offenham they celebrated May Day at the end of the month 29th May, Oak Apply Day. This was also their village wake. Originally a church service and vigil it became a village fair, complete with a band. Included maypole dancing. Each village had theirs on a different day and it looks like some children went round the villages instead of coming to school. They also got very excited! 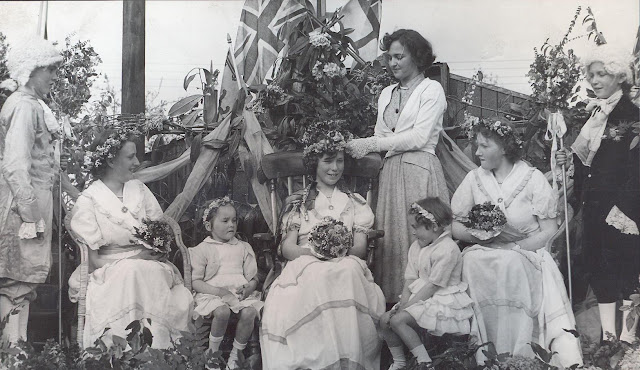 29th May        It being the Annual Village Wake, the children had a holiday this afternoon and were regaled with a Tea Drinking in Myatt’s Barn winding up with diversions on the Vicarage Lawn.

31st May         Very small attendance this afternoon in consequence of a Tea Drinking at the Bethel Chapel.

18th May         A week’s holiday was given for Whitsuntide, and an urgent appeal made to the children not to let the wakes interfere with the following week’s attendance

23rd May         The attendance today was very poor and the children were too excited to do any earnest work.

29th May          School closed for the Wake. At 3:30 tea was served to the school children and those who have recently left, to the number of 140, and to the band. The tea is provided by the subscriptions of the parents mainly, some of the managers contributing milk etc.

30th May          Only 16 infants present this morning, and 60 older children. At play time Mr H Cresswell came and distributed sufficient remaining cake to allow each child at much as it wished for lunch.

31st May          Being Littleton Wake there was rather a small attendance this afternoon, the children from Bennetts Hill, Newtown and some from the Cross going there.

1st June            As usual with Wake Week the attendance has been very irregular, ranging from 76 to 107. The children have been excited and restless, and the heavy thundery weather seems to have affected them.

8th June            The attendance has varied to a remarkable extent during the week, from 61, the lowest I have recorded, to 111, almost the highest. The weather, and local ‘wakes’ have been the chief causes of the variation. Work has been somewhat interfered with, but has been satisfactory.

24th May            Miss Taylor absent today to attend a Choir outing. This outing accounts for the absence of six children this afternoon.

3rd June             School reopened this morning after the Whitsuntide holiday. All except the savages and two who are ill, were present. The Maypole Dance given on Wednesday last was much appreciated and several have asked that it may be repeated.

What are your memories of celebrating in May? We’d love to hear from you.